Words in my window: March 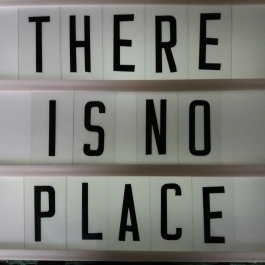 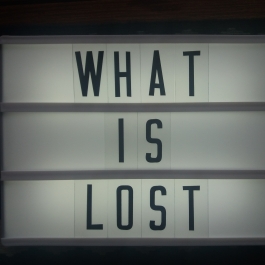 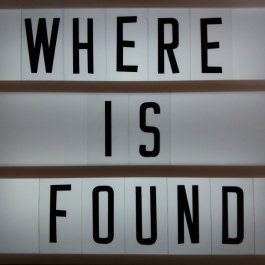 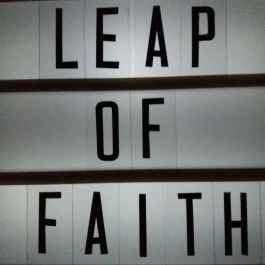 It seems extraordinary that, given that we are all in the world for such a brief moment in time, we are hellbent on territory and our right to it. So much time spent on who can be included or excluded from a land that is ‘ours’ by a stroke of fate and birth.

Don’t get me wrong, if someone started camping in my garden and said they’d decided to live there from now on, I would doubtless be shocked, puzzled – and furious at the sheer audacity of it. I hope I’d also take the time to find out a bit about the person who had moved in before I booted them out. 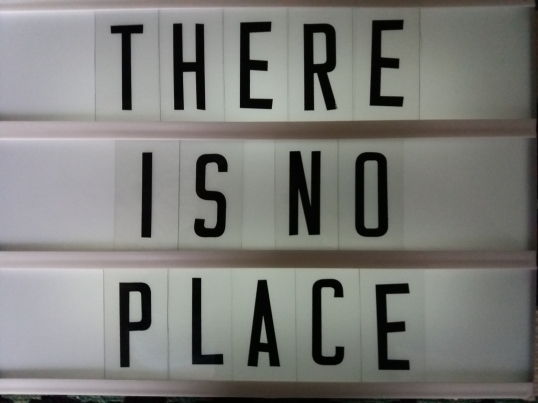 Right now, it’s as if there’s a pervasive feeling of being out of control in the world’s ether. It’s as if it’s blowing through existence and sowing a sense of malaise and defensiveness; as if all we hold dear – whatever our political stance – is at risk. This unnerving perception tends to lead to a drive to cling to things that make us feel safe and protected – nationhood, social structures, the ‘right’ order of things. A need to repudiate the illusive and transient aspects of life (and death) and chisel out absolutes. What are we frightened of losing? Why are we frightened of losing it? Maybe it’s just my age.

We must consider this issue. And perhaps retrieve what is lost and remake it anew. 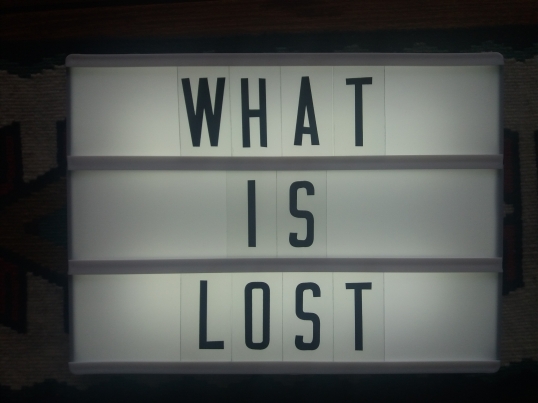 Looking at my March windows, they seem quite biblical. A Lent and Easter connection, perhaps. 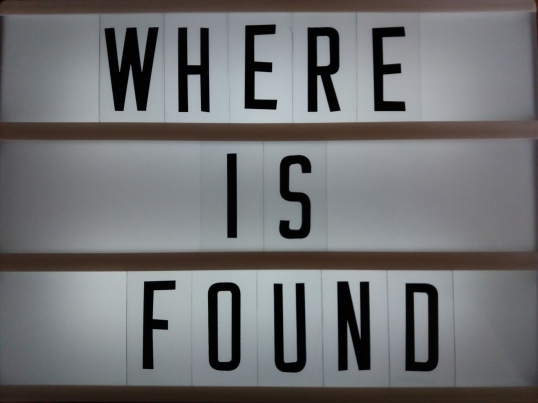 In fact, LEAP/OF/FAITH was more to do with an ill-advised email I sent. It caused distress to the recipient and had an uncomfortable and disconcerting (albeit self-contained) ripple effect.

Some find apologising very difficult – I don’t mean the throwaway ‘sorries’ when you knock elbows with someone in the street (although why is it always me who says sorry for that and not the other person?!!) – I mean the deep-down sorry which excludes buts and justifications. 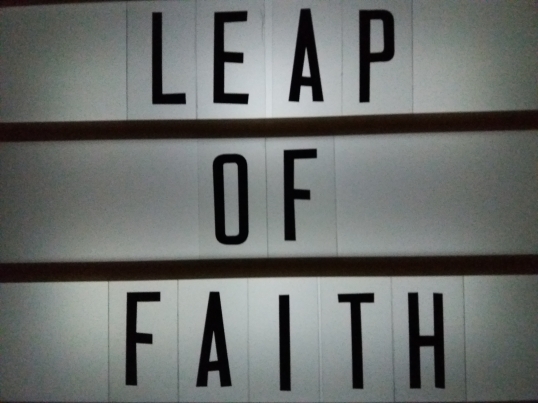 Of course, forgiving is even more complicated. Does someone have to be sorry to be forgiven? Can you stay angry about something and still forgive? Why do forgiveness and repentance matter so much? 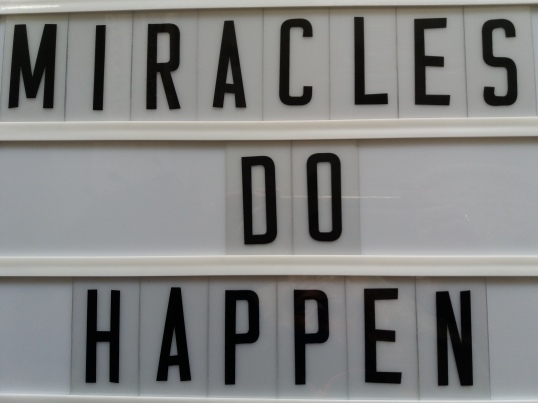 I am including my first light box of April since it seems to sit well with this batch. It went in the window yesterday, April 1st, which this year was simultaneously Easter Sunday and April Fools’ Day.

It also chimes with one of the inspirations of my project, Nathan Coley’s installation at Scotland’s Museum of Modern Art in Edinburgh, There Will Be No Miracles Here, which I mentioned in my January post. 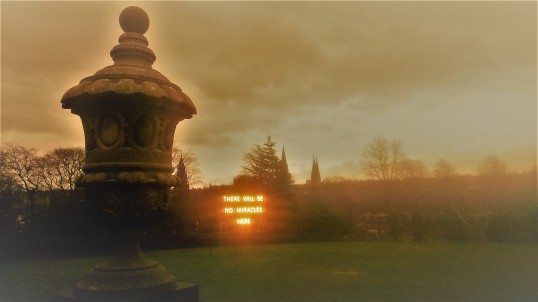 One thought on “Words in my window: March”