Parents, and mothers in particular, need broad shoulders. From the moment women conceive we’re public property. Even the whispered intention to start a family and we’re under orders about what we put into our bodies and how we conduct ourselves. Pregnant by mistake? Shame on you! You’ve already missed the folic acid boat. As our bodies swell they are poked, prodded and endlessly examined. And that’s just by strangers on the street. We are corralled into choices that have often been made for us because “that’s just the way things are done” or it’s “best for baby”. In some ways it’s fair enough: we all want our babies to be born in good health in the safest possible environment. But parenthood is rapidly becoming a lifelong guilt trip.

From well-meaning family members, to seasoned professionals, and random unknown individuals: there’s a queue of people and organisations lining up to tell parents what we’re doing wrong, how we’re doing it wrong, and why we’re doing it wrong. And now it’s the season to be jolly. So it’s all set to get a lot worse.

Parents: we’re doing it wrong. And now it’s the season to be jolly, it’s set to get a whole lot worse.

Not only are we under tinsel and fake-snow attack from retailers – with their cutesy penguin ads, come-hither window displays, and while-stocks-last tactics – we also have to field the desires of our children to compete with their peers on the gift-achievement-meter. I was really impressed when a friend told me that she’d explained to her child, who wanted a Wii or similar, that “Santa doesn’t bring toys with plugs”. When the child pointed to the DS he’d received the previous year, she managed some flannel about the plug coming from her. As he gets older this won’t wash. Being questioned by a child aged 7+ is akin to being cross-examined by a top QC. 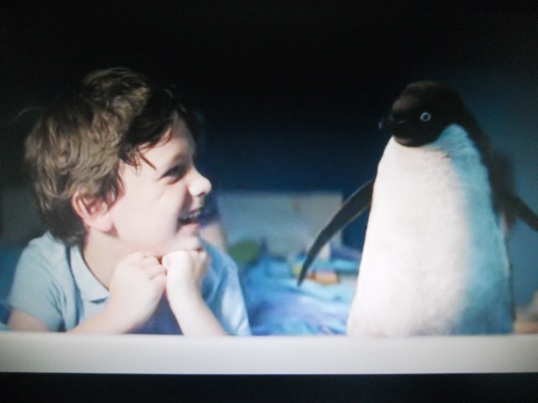 Reading and handling a child’s behaviour is tricky at the best of times but factor in an environment that’s difficult to leave (say an aeroplane or coach), an unfamiliar eating environment, or an environment rammed with tempting eye-level goodies, and you’re courting high-octane emotions. It’s like a world that traps parents and children and then pours scorn on our efforts to deal with it. Which effectively means parents should stay home until our children have flown. Certainly, venturing out at Christmas is a no-no.

The “perfect Christmas” comes with a good dose of nostalgia: chestnuts roasting by an open fire; lashings of Dickens’ A Christmas Carol style goodwill; and children being ‘seen and not heard’. No matter that Victorian children tended to be beaten into submission – or sent up chimneys.

Who’d go back to a time when children came down the chimney rather than Father Christmas? Image: http://doncasterhistory.co.uk/local-history-2/chimney-sweeps/

Today’s actual Christmas – “it’s all about the children” – is fraught with the potential for public meltdowns and humiliations. But a child having a tantrum isn’t a disaster. It’s a child being a child. We parents just have to do the best we can to be parents to the children we have – wherever we are and however they (or we) happen to be behaving – whilst the tutters and head-shakers burn imaginary holes in us. I’ve seen parents placing their child on Santa’s knee even as its face dissolves into a purple snot-covered ball and its screams ricochet around the Grotto. I’ve seen parents sidle away, giving up the plans they had, and urgently telling their child to be good otherwise Santa won’t come. And I’ve seen parents scrabbling along shelves waggling sweets, toilet brushes (that was me), inflatable reindeer (not guilty) in their infant’s slime-streaked face desperate to silence the wailing and end their embarrassment. Wouldn’t it be great if we could all just relax and say “that’s children!” and really mean it?

So this Christmas stuff your turkey, slurp your egg nog, and spare an encouraging nod for the parent you see wrestling their child away from a My Friend Cayla doll or the Transformers Age of Extinction Chomp and Stomp Grimlock. Remember: you were once that child.